Scientists have built a tiny catalyst that can travel on its own in sunlight and cling to microplastics. 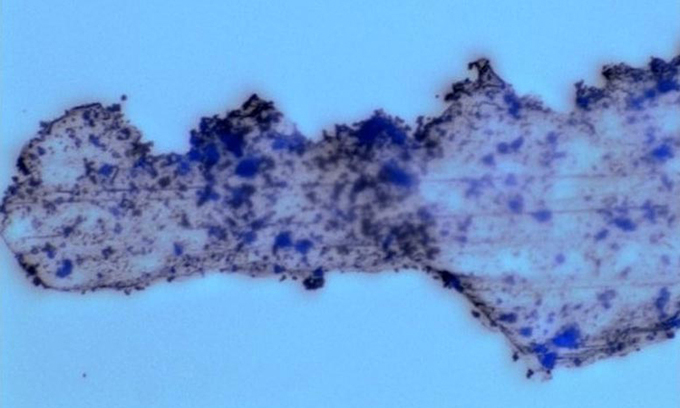 Expert Martin Pumera at the Center for Advanced Nano Robotics (Czech Republic) and his colleagues developed a micro robot that can swim, cling to and decompose plastic fragments, SciTechDaily reported. The new study is published in the journal ACS Applied Materials & Interfaces.

While plastic products are ubiquitous in homes, garbage and small pieces of plastic are overflowing outside. Microplastics with a size of less than 5 mm are difficult to collect and remove. They can attach to heavy metals and pollutants, causing harm to humans and animals if accidentally used.

Previously, researchers have proposed a solution to remove plastic from the environment that consumes less energy, which is the use of catalysts. This catalyst relies on sunlight to create reactive compounds that can break down plastic. However, the process of bringing the catalyst and plastic pieces into contact is very difficult, often requiring pre-treatment or the use of bulky machinery, which is not easy to scale.

Pumera’s team wants to create a catalyst that moves by itself thanks to sunlight, which can attach to microplastics and break them down. To transform the catalyst into a tiny light-powered robot, they created star-shaped particles of bismuth vanadate (inorganic compound with the formula BiVO4) 4-8 micrometers wide, and then coated it with ferromagnetic oxide evenly. them. The tiny robot can swim along a system of water channels and interact with microplastics.

Scientists discovered that under visible light, the tiny robot clings to four common plastics. They then illuminated the plastic fragments covered by the robot for seven days, all soaked in a dilute solution of hydrogen peroxide. The team found that the piece of plastic lost 3 percent in weight, while the surface texture changed from smooth to porous, and small particles and particles of plastic were found in the remaining solution.

To conduct the study, the team of experts received funding from the European Regional Development Fund (ERDF). The tiny catalytic robot, they say, will pave the way for the development of systems that capture and decompose microplastics in hard-to-reach places.