Scientists have synthesized a “super enzyme” that breaks down plastics 6 times faster than previously discovered enzymes, and is expected to be used in the plastic recycling industry. next year or two.

Each year, millions of tons of plastic waste are buried or burned, which causes pollution to spread throughout the Earth. In some areas where plastic pollution is serious, humans and animals have even accidentally ingested microplastics. Therefore, scientists have researched and found effective recycling methods, but in reality more and more new plastics are produced from petrochemical sources, so plastic waste is still continue to accumulate forming a vicious circle.

Polyethylene terephthalate (PET) is the most common thermoplastic in today’s life, it is used to make beverage bottles, packaging for goods, clothes or other products. It takes hundreds of years for this plastic to decompose naturally in the environment. But so far, scientists have synthesized a new “super enzyme” and is expected to solve the problem of plastic waste.

This super enzyme breaks down plastic plastics six times faster than previously discovered enzymes, and is expected to be used in the plastic recycling industry in the next year or two. The study was led by John McGeehan, director of the Center for Enzyme Innovation (CEI) at the University of Portsmouth and Gregg Beckham, a senior researcher at the National Renewable Energy Laboratory (NREL). The results were published in the “Proceedings of the National Academy of Sciences” (National Academy of Sciences). 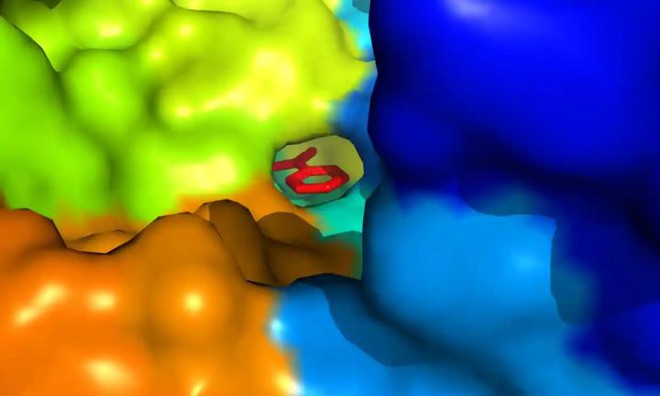 This super enzyme is synthesized by connecting two different enzymes. In early 2016, scientists discovered a special type of bacteria in a landfill in Japan: Ideonella sakaiensis, which can break down PET plastic into small organic molecules.

After purification and optimization, the scientists revealed the first enzyme – the engineered version of PETase that can speed up PET degradation by about 20%. Then, scientists developed MHETase hydrolase to continuously improve PET biodegradability and explore potential low-energy solutions for plastic waste treatment.

The currently synthesized super enzyme is a combination of PETase and MHETase to produce improvements, the overall activity is tripled and the decomposition rate is 6 times faster.

“When we bound these enzymes together, surprisingly, we observed a significant increase in activity,” said lead researcher Professor John McGeehan from the University of Portsmouth in the UK. It was an attempt to create a more advanced method of enzyme breakdown, and it is more industrially suited. Of course, this is also one of the stories that humanity learns from nature and then put it into the laboratory.

In April this year, the French “green chemistry” company – Carbios developed another enzyme, which was originally found in the decomposition component of a heap of leaves, which can compost. destroy 90% of plastic bottles within 10 hours under ideal decomposition conditions of 72 ° C.

The newly synthesized super enzyme can operate at room temperature. A combination of different methods could speed up the commercial application of the enzyme, John McKeehan said: “We can observe how PETase erodes the plastic surface and MHETase further chopped it up. , so combining them is to mimic what happens in nature. If we could make enzymes better and faster by putting enzymes together and delivering them to companies like Carbios. Through cooperation, we expect this to be achieved in the next year or two. ”

Bacteria that break down natural polymers (such as cellulose) have been developing this dual approach for millions of years. Scientists believe that by binding the two enzymes together, the rate of decomposition can be increased and they can work more closely together.

The team is currently working on how to modify these enzymes to make them work faster. “The potential is huge,” McKeehan said. Currently, his laboratory is promoting the construction of a test center worth 1 million pounds, and Carbios is also building a plant to prepare for the commercialization of the new enzyme.

In addition, McKeehan said that combining plastic degradable enzymes with natural fiber degradable enzymes could allow for complete recycling of mixed materials. “Blended fabrics (polyester and cotton) are difficult to recycle. “We contacted the big fashion companies that make this fabric, and they are really having trouble getting it recycled.”

The problem of plastic pollution can require a two-pronged approach, reducing the use of plastic products on the one hand, and on the other hand, lightweight and durable materials like plastic that are useful. Recycling is therefore the key to solving the pollution problem and McKeehan’s direction is likely to be very welcome in the future.