Microbiologists have taken advantage of the adhesion of bacteria to create microbial nets that can “catch” microplastics in water, thereby forming a recyclable sticky pad. 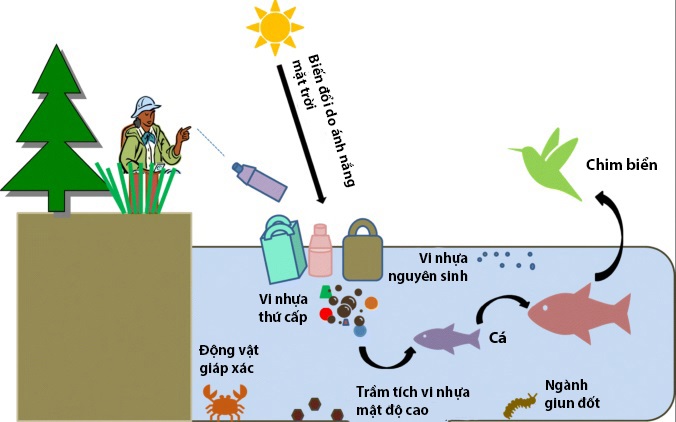 Microbiologists have devised a sustainable way to remove polluting microplastics from the environment – ​​and they want to use bacteria to do the job.
Bacteria naturally tend to gather together and stick to surfaces, creating a sticky substance known as a “biofilm” – we see it every morning when we brush our teeth and remove plaque, for example. tooth. Researchers at Hong Kong Polytechnic University (PolyU) wanted to use the sticky properties of bacteria to create sticky tape-like nets of bacteria that could trap microplastics in contaminated water, thereby forming An adhesive pad can be easily removed and recycled.

The team presented the results at the Society for Microbiology’s annual meeting on April 28. Although still in its infancy, the invention could pave the way for a long-term sustainable reduction of plastic pollution by using things in nature.

“It is important to develop effective solutions to trap, collect, and even recycle these microplastics to prevent the ‘plasticization’ of the natural environment,” said Sylvia Lang Liu, microbiologist study at PolyU and lead the research team on this project, said.

Microplastics are pieces of plastic, usually smaller than 5mm, that are accidentally released into the environment during manufacturing and decomposition, such as grocery bags or water bottles – or during everyday activities like washing clothes. made of synthetic fibers such as nylon or use personal care products that have microplastics cleaning in them. 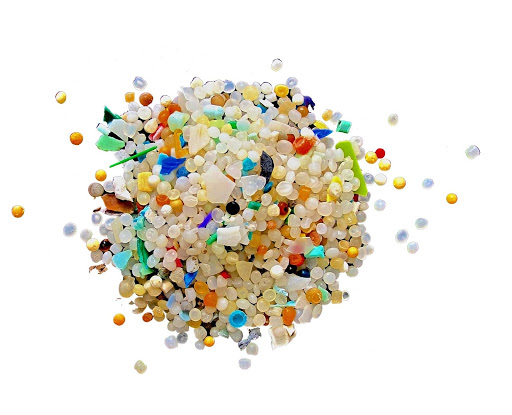 Despite its very small size, the risk of microplastics to the environment is great. Microplastics are not easily biodegradable, so they last for a long time, and also absorb and accumulate harmful chemicals. They disperse in wastewater and enter the ocean, endangering marine animals when they ingest them and eventually creeping into the food chain, harming human health. According to the International Maritime Organization, microplastics were found in more than 114 aquatic species in 2018, and they were also found in salt, lettuce, apples, etc.

However, there is no sustainable and suitable microplastic removal method for all.

In this study, Liu’s team engineered a bacterial biofilm, from a bacterium called Pseudomonas aeruginosa, that could immobilize and incorporate microplastics floating in water. This bacterial net traps and collects microplastics, causing them to sink to the bottom of the water. Then, thanks to a “capture release mechanism” that uses biofilm dispersal genes, the researchers were able to untangle the microplastics from the bacterial trap and find a bunch of microplastics already collected ready to be collected. Recycling.

“This is really an innovative and exciting application of biofilm engineering in solving the plastic pollution crisis,” said Dr. Joanna Sadler, a researcher at the University of Edinburgh (UK), who was not involved in this study, commented. “One of the biggest challenges of microplastics treatment is capturing such small particles for decomposition and removing them from the environment. Liu and colleagues have demonstrated an excellent solution to this problem, which has great potential for development into a practical wastewater treatment technology.”

However, the experiment is still in its infancy: it is just proof-of-concept testing in a controlled laboratory environment, not in oceans or sewers; and the bacterial strain used in this experiment is “aeruginosa” – a bacterium that causes disease in humans, which probably cannot be used in large-scale projects. But the researchers believe the method could be scaled up to look for natural biofilm-forming bacteria directly in wastewater or other aquatic environments, and then continue to grow.

“The ‘capture’ of microplastics is an interesting development,” said Dr. “What’s to be expected is whether it’s scalable,” said Nicholas Tucker, a senior lecturer in molecular microbiology at the University of Strathclyde (UK), who was not involved in the study. According to Tucker, more research on different types of surfaces will be needed to grow biofilms on them.

However, research like this provides a prime example of the application of microbial biotechnology and the great feats that tiny bacteria can bring. “Overall, this shows that microorganisms can and will play some role in every stage of the plastic’s life cycle,” commented Tucker.