Federica Bertocchini, a scientist at the University of Cantabria, Spain, and amateur beekeeper, discovered the amazing ability of worms to eat plastic waste while tending to a hive. The wax worms are used as bait for fish, but they are also nest pests, often chewing through the hives with wax. Bertocchini places the worms into a supermarket plastic bag made of polyethylene as he picks them up from the hive. Less than an hour later, the bag was riddled with holes, according to the International Business Times. 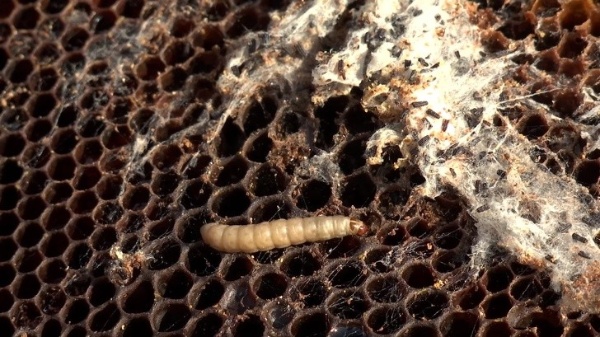 Bertocchini brings the worms into the lab to study their activity in the pocket. Combining with scientists at Cambridge University, UK, she discovered that worms not only bite through nylon bags, but they are actually eating plastic and decomposing it into another compound.

After this interesting discovery, Bertocchini and other scientists Paolo Bombelli and Christopher J. Howe decided to conduct research based on the amount of plastic bags digested by 100 worms. 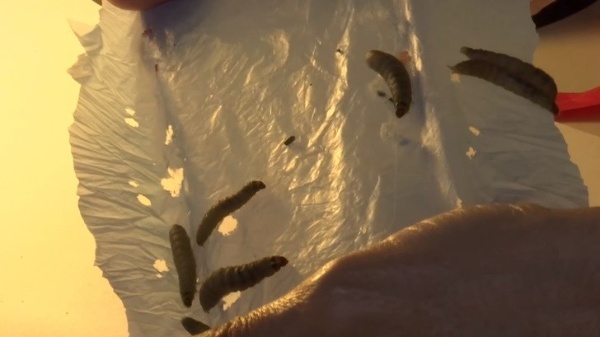 After 12 hours, 100 waxy worms can decompose 92mg of plastic waste

They put the worms on the plastic bags we normally use when we shop. After 40 minutes, holes started to appear. After 12 hours, the weight of the plastic bags was reduced by 92 mg, leaving the ultra-light bag with only fragments. They separate the resin into ethylene glycol, an antifreeze. To confirm that the waxy worm can digest plastic rather than simply chew it, scientists crushed a few worms and applied them to plastic bags. As a result, the plastic bag continues to decay. The research is published in the journal Current Biology.

“There is a chemical change in the polymer. This tells us that this is not merely the mechanical munching behavior of the waxy worms, “said researcher Paolo Bombelli at the University of Cambridge, co-author of the study. 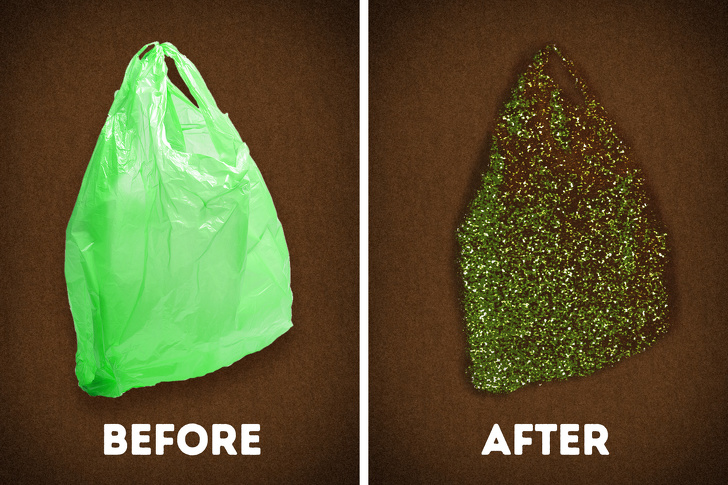 The nylon bag is not intact after being eaten by waxy worms.

The waxy insect is the only known insect capable of breaking down polyethylene in this way. Researchers do not yet know the exact mechanism of action of waxy worms. It could be the waxy worm itself or the bacteria living in its gut that decompose the plastic. The team also grinds the worms and spread the slime on the plastic bag to see if it is still able to break down the plastic into an antifreeze. As a result, the deep mucus is still as effective but not as effective as a live worm.

“We are excited to see that the mucus is still able to break down plastic,” Bombelli said. “This tells us that it is possible to have enzyme activity that breaks down polyethylene. This is a great finding because we really hope to identify that enzyme. If we can, then we can extract enzymes from other organisms such as yeast or E. coli bacteria, and use them on an industrial scale. “

Yeast or bacteria may be more effective than deep at large-scale decomposition of plastic, but worms can also be used. However, ethylene glycol is toxic to many species including humans, so dropping wax in landfills is not a good solution. But the worms appear to be healthy after eating the plastic bag and can transform into wax.

The team needs to take a few extra steps before using wax worms to dispose of the mountains of plastic waste in landfills each year. “One of the main questions we are trying to explain is whether the plastic is broken down by the waxy worm itself, the bacteria in the deep gut, or a combination of the two,” Bombelli said.

A billion nylon bags are used each year. Polyethylene makes up about 92% of all plastic bags produced. An organism that could decompose this compound without influence has the potential to revolutionize the waste treatment industry. Currently, billions of kilograms of plastic fall into the ocean, accumulating toxins in wildlife that accidentally ingest trash.