Scientists are moving towards synthesizing enzymes to break down natural plastic into its constituent parts. This is considered a breakthrough solution to decompose plastic before recycling, but what if this “plastic-eating” bacteria is used in the wild? 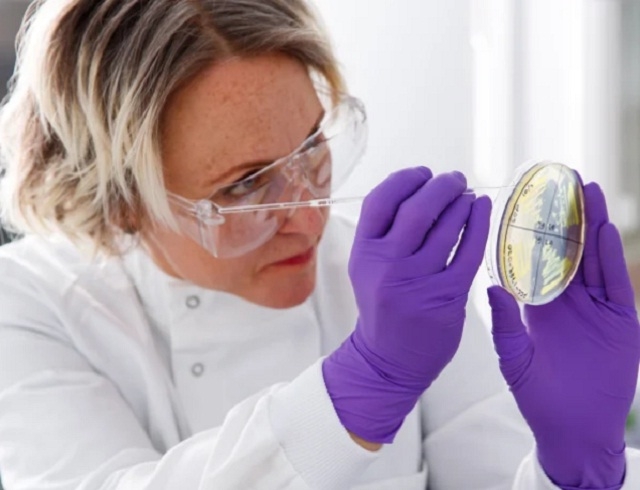 Now, researchers from Hitachi and Cambridge Consultants are planning to use synthetic biology to produce a similar plastic-eating enzyme. In the future, it could be used in recycling plants or in the environment, and possibly in the ocean, where up to 12.7 million tons of plastic are washed away each year.

Using bioengineering means you have the ability to come up with a range of solutions, says James Hallinan, director of synthetic biology business development at Cambridge Consulting. The company has worked in various fields for nearly 60 years and started working in synthetic biology in 2015. Bioengineering is environmentally sustainable and reproducible, he said. In the future, more and more products will be produced by biological process than the old traditional way from chemicals, and especially petrochemicals.

The team has found a way to make bioplastics instead of petrochemicals. And they also realized that biology could be used to start breaking down some of the billions of tons of plastic that ended up in landfills and the environment, where it could take hundreds of years to completely destroy. . A 2017 study estimated that of the 8.3 billion tons of plastic that humans have produced since the material was invented, about 6.3 billion tons become waste, with only 9% being recycled.

Around the world, many research projects are exploring the potential of enzymes, a microorganism that can digest plastic. In the UK, Japanese microbial scientists have accidentally created a version of the enzyme that can break down plastic bottles in days instead of weeks. At the National Renewable Energy Laboratory in the US, scientists are also studying an enzyme called PETase, which can eat PET plastic. Researchers in Germany studied the structure of PETase to optimize it. And in France, a startup called Carbios has developed its own enzyme that can completely break down PET plastic so it can be recycled into new, consumer-grade plastic of comparable quality to virgin plastic. . Major corporations including PepsiCo and Nestlé are currently working with the company and plan to start building the first factory this fall.

Like some other new recycling technologies, using enzymes has advantages over traditional methods for destroying old products. Plastic does not need to be clean and can be completely damaged. “We can degrade these plastics back to some of their precursor components, and then be reused and re-fused into new materials,” said Hallinan.

Creating precursors to produce plastics, rather than recycling all of the plastic into lower-grade materials, could encourage more recycling because there is a better market for the end product. From there, this type of material will be easier to consume in the market.

What’s even more exciting is that the optimized “plastic-eating” enzymes can be used in a wide range of environments, not just in recycling facilities. We need to find a way to dispose of all the plastic that has been thrown away. Much of the plastic never makes it into the recycling stream, and humans are seeing the consequences, from microplastics in Arctic snow to plastic in children’s bodies.

The problem of the enzyme working in the environment is more complicated, as the team has to prove it can “eat plastic” without any negative consequences and get regulatory approval.

This requires more time, because it is not only the technical aspects but also the environmental impact, economic value, and legal basis to be studied. Can you imagine when this bacteria is everywhere, plastic shampoo bottles in supermarkets will also degrade before the oil is used.

The team is currently comprehensively studying the solutions, and will then choose an appropriate strategy. Some methods may be technically feasible but not economically viable. They will decide the best trading method. Hitachi, which is famous for making power tools and construction equipment, is now aiming to develop this technology and potentially become its end users. They are committed to being responsible to their customers and the planet at large to ensure that what they are developing and the products they create is good for the planet in the long run, Mr. Hallinan said.