An unexpected discovery about the type of waste that is causing the most environmental pollution today.
A recent study in the US found that polystyrene plastic when exposed to sunlight can decompose on its own in a few decades, instead of thousands of years as previously reported by scientists.
Polystyrene is a very common plastic used to make boxes, cups and packaging materials. Scientists still think that this polystyrene plastic can last “forever”. 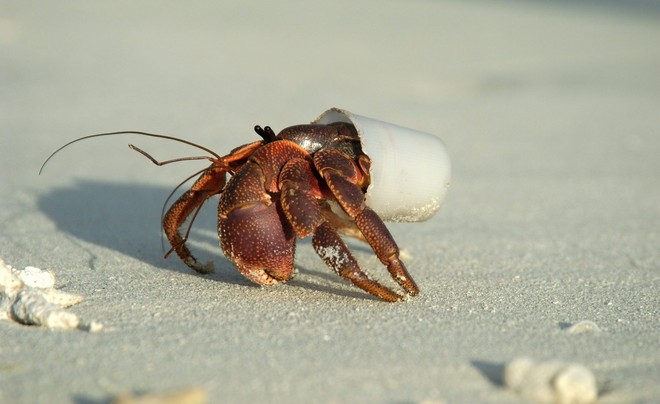 Scientists discovered that plastic can decompose by itself in sunlight in just a few decades, instead of thousands of years as before – Photo 1.
However, a team of scientists in the US used lamps that simulate sunlight, and discovered that they can slowly decompose plastic. Therefore, polystyrene plastic is not “forever” as we think.

“We’re not saying that plastic pollution isn’t a bad thing, it’s still damaging the environment for decades,” said study author and chemist at the Wood Hole Institute of Oceanography, Collin Ward. However, the existence of plastic in the natural environment is more complicated than previously thought.”

The results of this study indicate that many polystyrene and polymer resins slowly turn yellow, becoming more brittle when exposed to ultraviolet (UV) light from sunlight. Scientists discovered that plastic can decompose by itself in sunlight in just a few decades, instead of thousands of years as before. 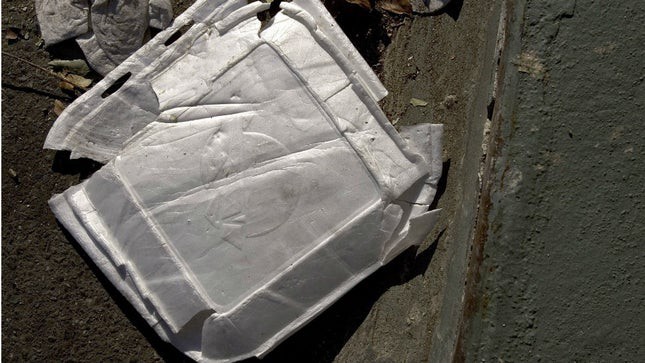 Sunlight also not only changes the physical properties of the plastic, but also chemically. This process forms dissolved organic carbon and a low level of carbon dioxide to impact climate change.

Study co-author and WHOI marine chemist, Chris Reddy, notes that plastic is just another form of organic carbon. “We used many methods and they all gave the same results,” he said. It is sunlight that can transform plastic into CO2. However, additives added during the manufacturing process can affect the rate of decomposition of the plastic.

This could be good news for our Earth, as plastic waste can decompose at a faster rate than we think under sunlight conditions. But even so, plastics last for decades before they break down. And so, they still cause a lot of harm to the environment and living animals.