On a road into New Delhi, countless cars each day rush through tons of plastic bags, bottle caps and polystyrene glasses discarded. In just one kilometer, a driver comes across a ton of plastic waste. But it’s not a mess through a sea of ​​trash, it’s very smooth and well-maintained – it’s practically the plastic that every driver passes by that can’t be seen with the naked eye.

Turn garbage into a road

This road, which stretched from New Delhi to nearby Meerut, was built using a system developed by Rajagopalan Vasudevan, professor of chemistry at the Thiagarajar School of Engineering in India. It replaces 10% of road bitumen with reusable plastic waste.

India led the world in asphalt testing since the early 2000s. But days a lot of countries are starting to follow suit.

From Ghana to the Netherlands, building asphalt into roads and walkways is helping to reduce carbon emissions, keep oceans and landfills from flooding with plastic waste, and improve the average road life.

There is a distinct benefit to using this approach: the implementation is very simple, requiring few high-tech machines.

First, shredded plastic waste is spread over a set of crushed rock and sand before being heated to about 170 ° C – hot enough to melt the waste.

The molten plastic will be covered with a thin layer on top of sand and rock. The heated bitumen is then poured on top, helping to form a solid mass and complete mixture.

Many different types of plastics can be used: bags, disposable cups, laminated films that are difficult to recycle and polyethylene and polypropylene foams have all been used as sugar in India, and they do not need to be graded or clean before shredding.

Aside from making sure these plastic wastes don’t get dumped into landfills, incinerators or the ocean, there is some evidence that plastic also helps roads work better. Adding plastic to roads is likely to slow deterioration and minimize potholes.

Plastic materials improve the flexibility of the road surface, and after 10 years, Vasudevan’s first asphalt roads showed no signs of potholes. However, many of these roads are relatively new, so their durability still needs to be tested. 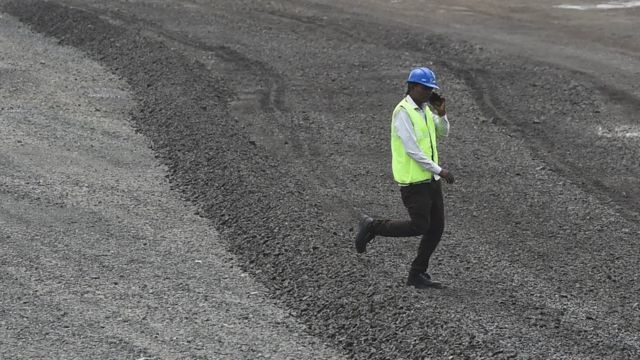 In 2015, the Government of India made it mandatory that plastic waste must be used to build roads near major cities with more than 500,000 people, after Vasudevan granted a patent on the system to the government for exemption. fee.

The plastic that goes into roads would otherwise go to landfill or the incinerator A normal lane needs 10 tons of bitumen per kilometer, and with India making thousands of kilometers of roads a year, potential uses of waste Plastic increases rapidly. To date, 2,500 km of these paved roads have been built in India.

“The asphalt road can withstand both heavy loads and heavy traffic,” said Vasudevan. “It is unaffected by rain or standing water.”

Similar projects have appeared around the world. Dow Chemical Company is working on projects that use recycled polyethylene resins in the US and Asia Pacific. The first project in the UK was made in Scotland in 2019 by asphalt construction company MacRebur, which has already built asphalt roads from Slovakia to South Africa.

MacRebur also found that using plastic improves road flexibility, helping them better cope with the elasticity of temperature changes, resulting in fewer potholes – and where there are potholes, Using waste plastic to fill them up that would otherwise be sent to the landfill is a quick fix.

The British government recently announced £ 1.6 million to research on asphalt to help overcome and prevent potholes. 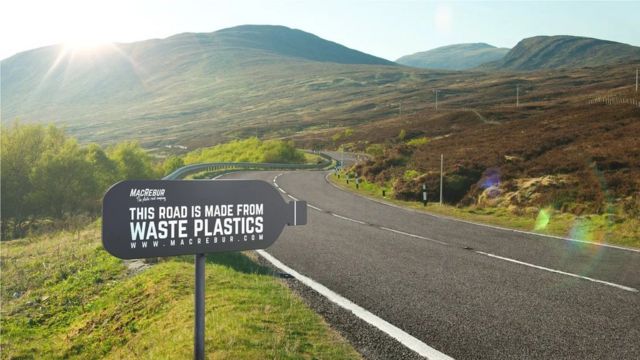 In the Netherlands, PlasticRoad built the world’s first recycled plastic bike road in 2018 and recorded its millionth vehicle passing by the end of May 2020.

They shredded, sorted, and cleaned up locally collected plastic waste, before extracting polypropylene from the mixture – the kind of plastic commonly found in festival mugs, cosmetic packaging, bottle caps, and plastic straws.

Unlike the plastic waste roads in India, UK and elsewhere, PlasticRoad does not use bitumen at all.

“PlasticRoad uses almost entirely recycled plastic, with only a very thin layer of minerals on the top floor,” said Anna Koudstaal, co-founder of the company.

Every square meter of bicycle plastic roads include more than 25kg of recycled plastic waste, which helps to reduce carbon emissions by up to 52% compared to making conventional brick paved roads for bikes, Koudstaal said.

But once plastic is used inside the street or aisle – how can we make sure it’s still there? Will plastic components wear into microplastics that pollute the soil, water and air?

Roads, tires and common car brakes are known to be the main sources of microplastic contamination. Koudstaal says that plastic roads do not produce more microplastics than traditional roads, because drivers do not have direct contact with the plastic.

Another place where microplastics can be released from the roads is from below: roads designed to allow rainwater to seep through, dripping onto the drainage system below the road surface. But Koudstaal says microplastics are difficult to escape in this way: “The bicycle track has a filter layer to remove microplastics and ensure rainwater seeps into the ground without being contaminated.”

Gurmel Ghataora, a senior lecturer at the faculty of civil engineering at Birmingham University, agrees that using plastic on the underside of the road minimizes the risk of creating more microplastics. “It is inevitable that such particles are produced at the surface level due to vehicle wear and tear,” he said.

With India having one of the largest road networks in the world, growing at a rate of nearly 10,000 kilometers per year, the potential for putting plastic waste to use is enormous.

Although the technology is relatively new to India, and truly new to the rest of the world, Vasudevan believes that asphalt will be increasingly popular, not only for environmental reasons but also for the potential to build more durable and more resilient roads.

According to BBC Future