A 60 m2 house can lift up to eight tons of plastic. With the amount of plastic trash currently polluting the planet, it is estimated that one billion recyclable homes could be built.

For decades, manufacturing companies all over the world have misused disposable packaging to package their products. This is understandable when the single-use packaging is very flexible, versatile, convenient and low-priced. Since the 1950s, more than 9 billion tons of plastic have been produced, only 9% of which has been recycled. Around the world, one million plastic bottles are bought every minute and two million plastic bags are used. According to the Plastic Pollution Coalition, by 2050, the world’s oceans will contain more plastic than marine species. Furthermore, plastics are an petroleum product, and their production adds to the negative climate effects – resulting from the massive use of fossil fuels.

Amid growing concerns about pollution and global warming, other humanitarian issues, especially homelessness, have become equally pressing. According to the United Nations Human Settlement Program, 1.6 billion people around the world live in a shortage of housing, and available data show more than 100 million people are homeless. The challenge that comes with traditional construction is that it is neither economically efficient nor sustainable. With a billion people living in the slums, the urgent need for affordable housing is undeniable

In sub-Saharan Africa alone, the immediate demand for affordable housing is 160 million units and is expected to increase to 350 million units by 2050. Furthermore, COVID-19 only exacerbates the problem. House. Consequently, on World Environment Day earlier this month, UN-Habitat launched a partnership with Norwegian company Othalo to combat both problems – plastic pollution and homelessness – at the same time. projects- Construction of houses from recycled plastic. 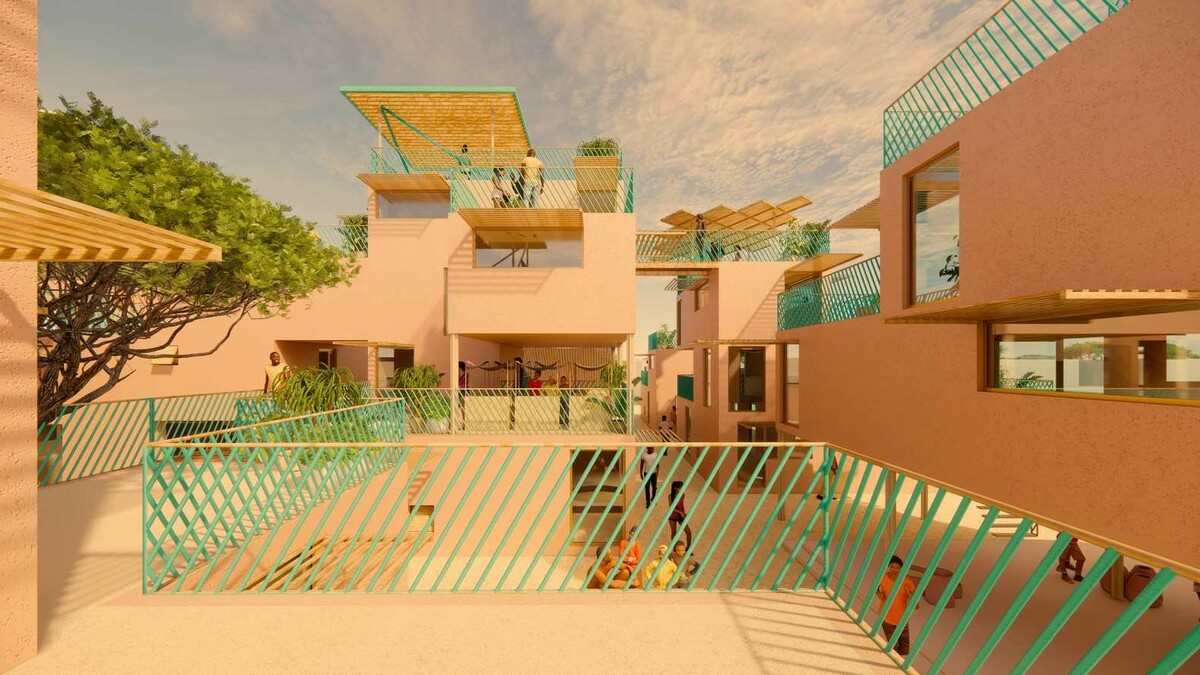 Sample of a recycler from a technology company in Norway. Photo: Othalo.

Construction of houses from recycled plastic

Othalo, a company in Norway, envisioned a future that could build a way to solve both of these problems. Othalo officially established in 2019, is known for its patented technology for mass production of building systems from recycled plastic waste. These buildings could be housing, refugee shelters, temperature-controlled portable storage units for food or medicine, it could also be schools or hospitals. Furthermore, all of these homes are affordable, sustainable, eco-friendly and meet modern living standards – and of course they are made of recycled plastic. A 60m2 house can lift eight tons of plastic. With the amount of plastic trash currently polluting the planet it is estimated that one billion recyclable homes could be built. 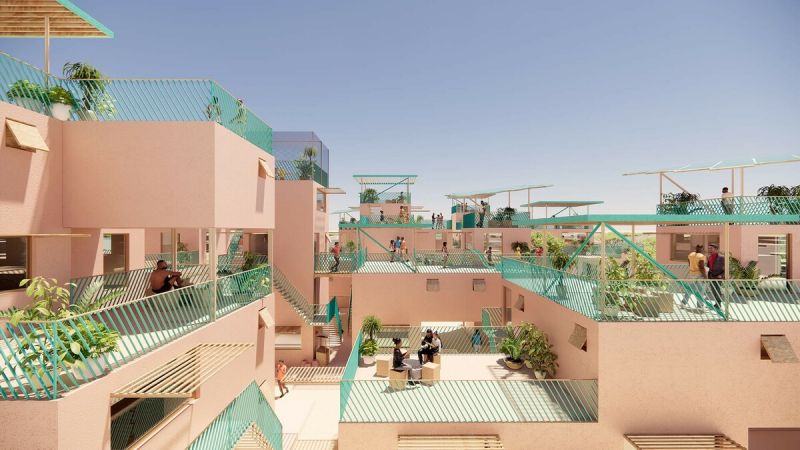 Furthermore, according to a video press by Othalo, these fabricated building systems are flexibly designed and can meet a wide variety of users’ needs. Othalo’s designers created a series of modules that can be locked together, allowing multiple buildings to be made from core components. 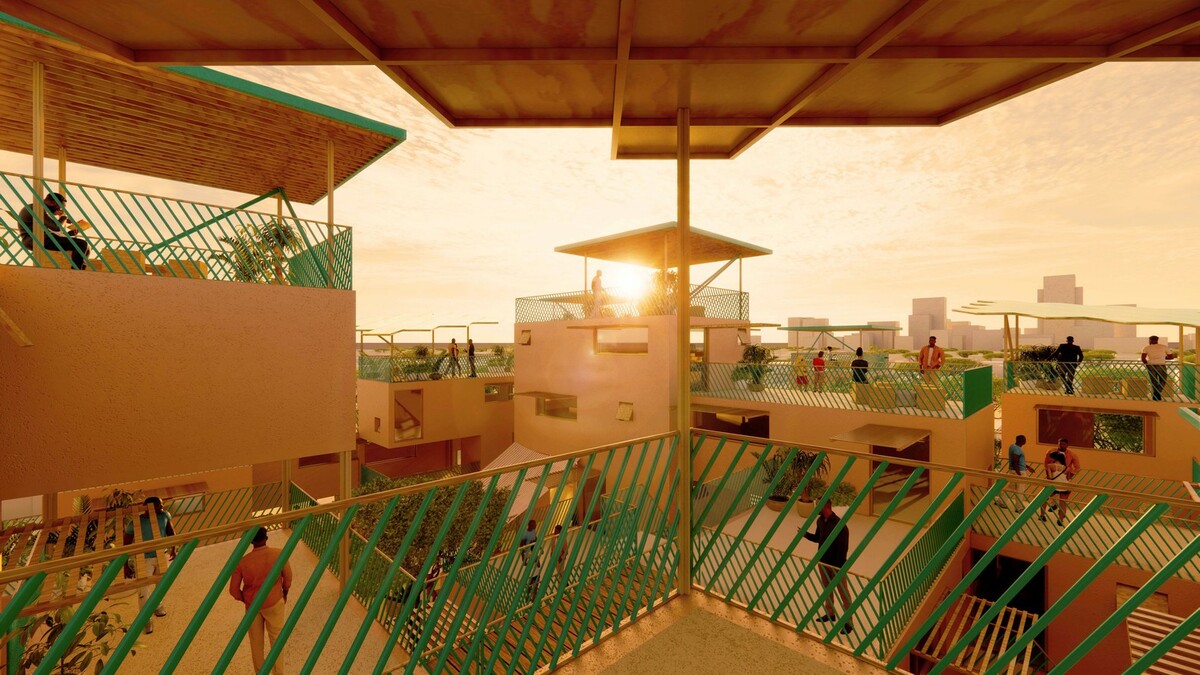 The Othalo founder, Frank Cato Lahti, has been developing this technology since 2016 in partnership with SINTEF and the University in Tromsø. He also now collaborates with architect Julien De Smedt and global young leader Silje Vallestad. Architect De Smedt said that building a certain new architectural model will directly affect the living environment of the people here. Therefore, this model is the bridge between architecture with local culture and craft villages. As the project continues to be implemented in cooperation with UN-Habitat, it is more imperative that the company comply with the stated goals. 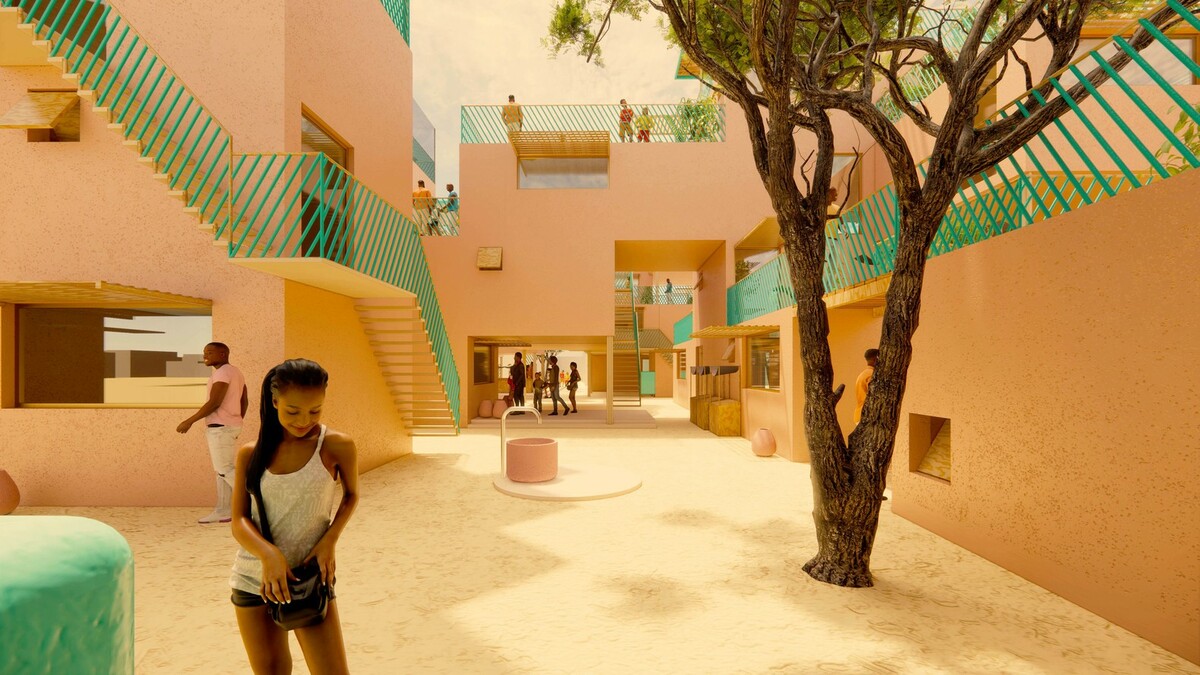 UN-Habitat said an estimated 60% of people living in urban areas of Africa are in informal settlements. At the same time, from 1990 to 2017, African countries imported about 230 tons of plastic. “Most are put in landfills, creating a major environmental challenge,” the agency added.

The purpose of the partnership with Othalo is to “promote adequate, sustainable and affordable housing for all,” said UN-Habitat Executive Vice President Victor Kisob. 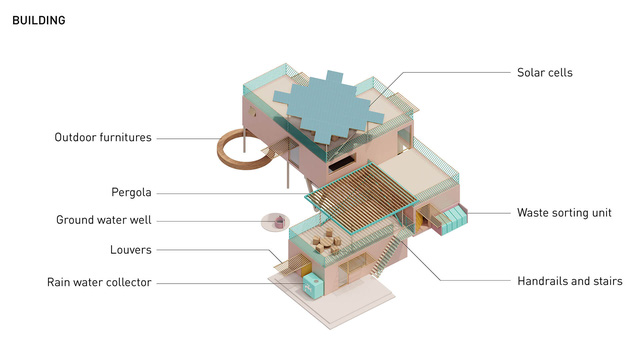 Internal structure of a recycler from a Norwegian technology company. Photo source: Othalo.

Othalo’s process involves shredding plastic waste and mixing it with other elements, including non-combustible material. The components used can build houses up to four stories tall, and a 60 square meter house uses 8 tons of recycled plastic. A factory with a production line can produce 2,800 home units per year.