Researchers have found a new strain of bacteria that can break down the chemical building block of polyurethane, the polymer used to make PU plastic. 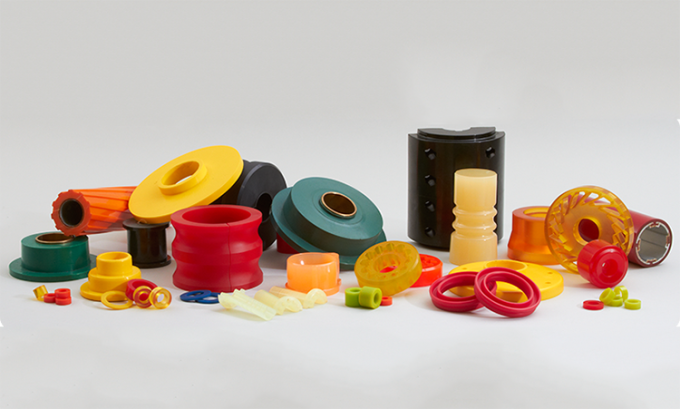 PU resin made from polyurethane is used in many fields. Photo: Jomelar Elastomer.

Polyurethane is widely used in life, from the production of building materials and shoes to components of household appliances or wheels. This polymer is prized for its lightweight, insulating and flexible properties, but recycling it is energy-intensive. Most PU plastic after use is disposed of in landfills, where they can release a variety of carcinogenic toxins.

To solve the dilemma of plastic pollution, experts from the Helmholtz Center for Environmental Research in Leipzig, Germany, led by scientist Hermann J. Heipieper, have found a solution from microorganisms. . While surveying the bacterial community that lives on plastic waste, the team identified a new strain of bacteria, named Pseudomonas sp. TDA1, has the ability to break the chemical bonds of polyurethane.

In fact, Pseudomonas sp. TDA1 feeds on essential compounds of polyurethane. “They use these compounds as a sole source of carbon, nitrogen and energy,” Heipieper said in a press release. “This discovery could be a potential solution for recycling and reusing PU plastic products.”

In addition, the new strain of bacteria is a form of polar organism, meaning it can grow in physical or geochemical conditions that are so extreme that it could harm most life on Earth. Pseudomonas sp. TDA1, according to the team, has the ability to fight toxins.

Heipieper and his colleagues hope that sequencing the genome will reveal extracellular enzymes (exoenzymes) that bacteria use to trigger biochemical reactions to break down matter. If the study is successful, the scientists could “program” the bacteria to increase the efficiency of the polyurethane breakdown.

The study details were published in the journal Frontiers in Microbiology.

Source: According to UPI