Superbugs in oceans and soil around the globe are evolving to eat plastic, according to a major study. This surprising discovery reveals super enzymes that can be used to recycle plastics.

Professor Aleksej Zelezniak, of Chalmers University of Technology in Sweden, said: “We have found a lot of evidence for the plastic-degrading potential of the global microbiome. They correlate closely with measurements of plastic pollution in the environment.” 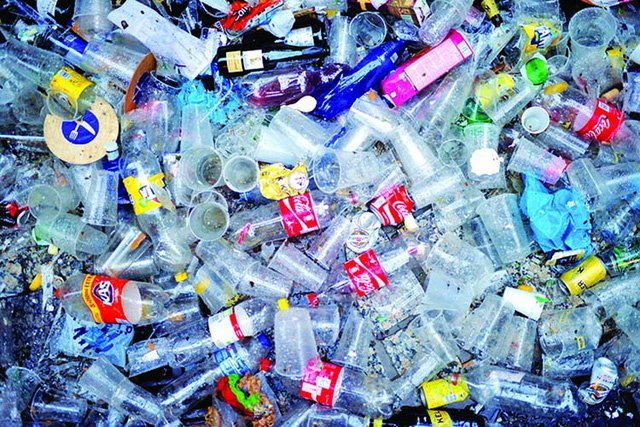 Every year, people around the world emit 380 million tons of plastic into the environment

“We did not expect to find such a large number of enzymes in so many different bacterial species and in different habitats,” said researcher Jan Zrimec, also at Chalmers University.

Chalmers University researchers analyzed DNA samples taken from the environment and on the ground from 236 different locations around the world. The results found that 30,000 different enzymes can break down 10 different types of plastic.

This is the first large-scale global assessment of superbugs’ ability to break down plastic, according to the Guardian.

Some 12,000 new enzymes have been found in ocean samples, taken at 67 locations and at three different depths.

Soil samples were taken from 169 sites in 38 countries and 11 different habitats and contained 18,000 plastic-degrading enzymes.

Soils are known to contain more plastic with phthalate additives than the ocean. The researchers found more enzymes that attack these additives in soil samples.
Nearly 60 percent of the new enzymes did not fit into any of the previously known classes of enzymes, the scientists said. This suggests that the superbugs have broken down plastic in ways that were previously unknown.

The first plastic-eating superbug was discovered in a Japanese landfill in 2016. Scientists then edited it in 2018 to try to learn more about how it evolved. However, they accidentally created an enzyme that was even better at breaking down plastic bottles. Further enzymatic modifications in 2020 have increased the rate of “eating plastic” by 6 times.

Another mutant enzyme created in 2020 by Carbios Company breaks down plastic bottles for recycling in a matter of hours. German scientists have also discovered a superbug that feeds on toxic polyurethane plastics, which are often found in landfills.

The boom in plastic production over the past 70 years, from 2 million tons to 380 million tons a year, has given superbugs time to evolve to process plastic, researchers say.