Recycling plastics and other synthetic materials is expensive and in most cases impossible. However, British researchers have found an enzyme capable of breaking down PET in just a few hours and allowing the creation of new plastic bottles at a cheaper price.

Around the world, about 359 million tons of plastic are produced annually.

Researchers at the University of Portsmouth, UK searched more than 100,000 different species of microorganisms and finally found what they were looking for. This mutant bacterial enzyme was able to break down polyethylene terephthalate (PET): within 10 hours, this mutant enzyme had broken down a ton of old plastic bottles at a rate of 90%. Their results were presented in a paper titled “An Engineered PET depolymerase to break down and recycle plastic bottles” published in Nature.

The solution to the global plastic waste problem

Hopes for microorganisms capable of solving our plastic waste problem in the near future are rising because for a long time, effective plastic recycling has remained a mystery. Worldwide, approximately 359 million tons of plastic are produced annually, an estimated 150 to 200 million tons of which ends up in landfills or in the environment. 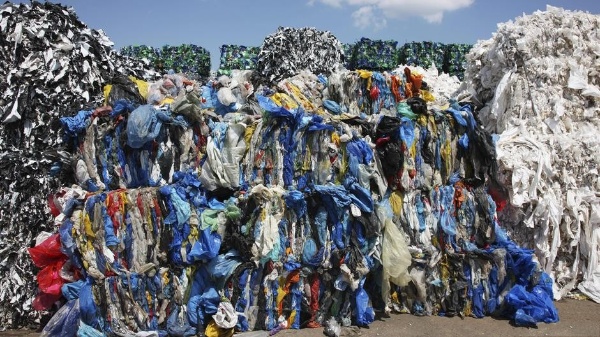 About 150 to 200 million tons of which end up in landfills or in the environment.

Polyethylene terephthalate (PET) is the most widely used polyester resin worldwide, with about 70 million tons per year. In its purest form, PET is widely used in the food industry, for example in the production of drink bottles, film wrappers and food packaging. Durable polyesters that do not tear, are resistant to weather conditions and do not wrinkle are also available as textile additives. However, it is not possible to completely recycle PET, but can only use it for less valuable products. During thermomechanical treatment, this material loses many of its properties that can only be used as a material for doormats.

Meanwhile, Japanese researchers at the Kyoto Institute of Technology discovered an enzyme capable of destroying plastic in 2016. When examining wastewater, waste fractions in a PET bottle recycling plant, They found the bacterium Ideonella sakaisensis 201-F6. Two previously known enzymes of this bacterial species may be involved in the natural plastic degradation process. The enzyme ISF6_4831 converts PET to an intermediate, and another enzyme, ISF6_0224, even converts this intermediate to the less dangerous terephthalic acid and glycol.

However, since this natural decomposition process, researchers at the University of Portsmouth and the US Department of Defense’s Renewable Energy Laboratory (DOE) have continued to research and have created a The new enzyme is capable of degrading PET faster. The first results of the study were published in 2018 in the Proceedings of the American Academy of Sciences (PNAS). 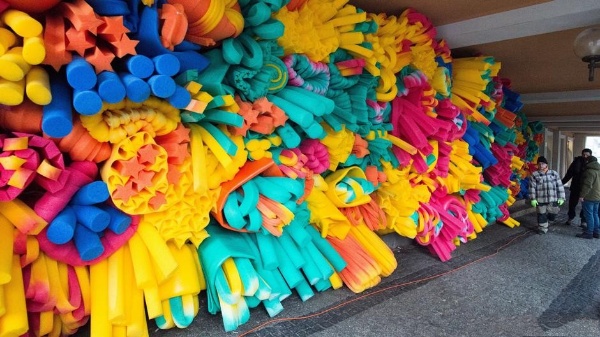 Products made from polyurethane are often used as materials for foam insulation, diapers, and sports shoes

Mushrooms were once thought to be able to break down PET and polyurethane plastics. Millions of tons of polyurethane resins are also produced annually, mainly in the form of soft foams used as raw materials for foam insulation, diapers, sports shoes, etc. Products made from polyurethane are often sent to landfills because they cannot be recycled. However, bacteria found by researchers at the Helmholtz Center for Environmental Research (UFZ) in Leipzig in a landfill were unaffected.

It belongs to the strain Pseudomonas, which is able to survive extreme conditions such as high temperatures and acidic environments.

While it may not be easy to substitute bacteria for fungi for industrial applications, Hermann Heipieper from the team at Helmholtz estimates it could take 10 years before the bacteria can function on large-scale decomposition. Therefore, it is important now to reduce the use of hard-to-recycle plastics and reduce the amount of plastic products released into the environment, Heipieper noted.

The future of degrading plastic

This newly discovered enzyme could have benefits not only for the environment but also for Carbios, a French company that is focused on studying the large-scale degradation of PET by enzymes investing in the development of a new type of PET. this enzyme.

Within five years, Carbios aims to create a new recycling process and bring it to commercialization on an industrial scale. This can be very valuable because the price of this enzyme accounts for only 4% of the cost of crude oil used to recycle new plastic bottles.

Although PET bottles still need to be crushed and heated, the new processing is still less otonous, says Martin Stephan, deputy director of Carbios. To ensure that there is momentum to promote this enzyme, Carbios receives large financial backing from major companies such as Pepsi and L’Oreal.